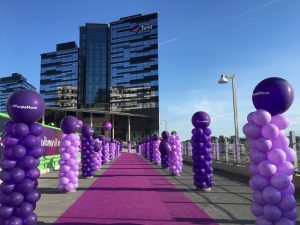 Following the announcement of Telia Company’s proposed acquisition of Bonnier Broadcasting in March, the the European Commission has opened an in-depth investigation.

In a statement, the Commission said that it “is concerned that the merged entity may shut out competitors from the audio-visual sector in Finland and Sweden”.

Commissioner Margrethe Vestager, in charge of competition policy, added: “The in-depth investigation we are opening today aims to ensure that Telia’s proposed acquisition of Bonnier Broadcasting will not lead to higher prices for or less choice of TV channels for consumers in Finland and Sweden.”

Telia Company, a retail television distributor, functions by licensing channels from broadcasters such as Bonnier Broadcasting. The proposed acquisition looks to create a vertically integrated audio-visual player in Denmark, Finland, Sweden and Norway.

However, concerns have arisen in Sweden and Finland as Bonnier Broadcasting owns channels that are considered essential for distributors. The concern is that these channels could be removed from Telia’s rivals in the two Nordic nations.

Jonas Bengtsson, general counsel at Telia Company, responded to the announced investigation, saying: “A phase 2 investigation into the acquisition of Bonnier Broadcasting is fully in line with our expectations and we now look forward to continuing the constructive dialogue with the European Commission.

“We’re confident that any concerns following the in-depth investigation will be resolved.”