TiVo to split into two companies

TiVo is to split into two separate companies, the company confirmed on May 9.

In a statement, the company, which became synonymous as a leader in the DVR space in the early-2000s, stated that the board has “decided that separating its Product and IP Licensing businesses is believed to be the best strategy to maximise shareholder value”.

The product business will consist of TiVo’s platform solutions and software and services businesses. As of December 31, 2018, there were an estimated 23 million households worldwide using TiVo’s platform solutions, and this business will focus on their support along with continued growth. For the full year 2018, TiVo’s product segment generated US$401 million (€358 million) in revenue. 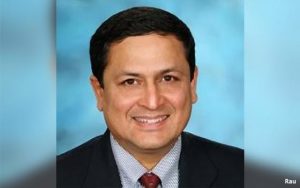 TiVo’s IP licensing business will focus on the company’s Rovi and TiVo patent portfolios of approximately 5,500 issued patents and pending applications worldwide. IP licensing revenue for 2018 was US$295 million (€263 million), with a high percentage of this recurring revenue.

TiVo said that this separation will enable the IP licensing business “to pursue a broader horizontal licensing strategy and capitalise on emerging growth opportunities”. The company also stated that it expects that it will have “enhanced operational flexibility” and a greater freedom in new markets.

“In the rapidly evolving market landscape we now operate in, we have determined that our Product and IP Licensing businesses will be better positioned as standalone separate entities,” said Raghu Rau, interim president and CEO.

“Operating independently, these two businesses will have increased flexibility to pursue new and growing market opportunities. We believe this separation is the best way to maximize shareholder value, while also enhancing the possibility of value-creating strategic transactions.”

TiVo expects the transaction to be completed in the first half of 2020, and noted that full management teams and boards, along with the corporate brand identities for both businesses, will be announced at a later date