Facebook’s VR head is stepping down from his role 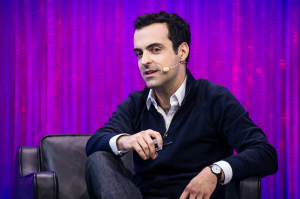 Hugo Barra, the vice president of Oculus VR at Facebook, is leaving his role to focus on building a “global AR/VR partner ecosystem” at the company.

Barra, who joined Facebook from Chinese electronics company Xiaomi in January 2017, will be succeeded in the position by Erick Tseng, Facebook’s current product management director.

This reshuffle coincides with what Barra described on Twitteras the completion of Facebook’s “first-gen VR lineup”, with the latest product – the Quest all-in-one headset – launching May 21.

Tseng has been with Facebook since 2010, and tweeted: “[I am] excited to return to my consumer hardware roots and join a team that is transforming science fiction into reality. Looking forward to delivering products that will revolutionise how we work, play, and connect.”

Barra’s departure appears to be an amicable one, but it is the latest shake-up in a division that has experienced a significant amount of instability since its inception in July 2012. He was preceded by Oculus co-founder Brendan Iribe who left Facebook in 2018 due to a reported difference in visions for the Oculus brand. In late 2017, Oculus’ other co-founder Palmer Luckey also left Facebook after it emerged that he had donated US$10,000 (€8,930) to a group that was creating pro-Donald Trump memes unbeknownst to the company.

Jason Rubin, Oculus’ VP of content, has also changed positions and is now the VP of special gaming initiatives, shifting away from purely focusing on VR. He is being replaced by Michael Verdu, former chief creative officer of Zynga and SVP of EA Mobile.