FOXNOW launches on Orange in Spain 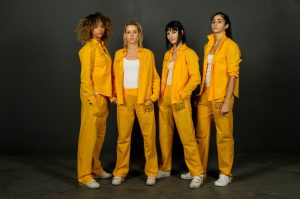 Fox Networks Group has launched its FOXNOW service with Orange TV in Spain, available without additional cost for Fox and Fox Life subscribers as part of the Orange TV Cine y Series package.

Samuel Muñoz, head of marketing at Orange España, said that FOXNOW was “an exceptional addition to our catalogue” that would delight Orange TV customers with “the full variety of titles, all of them high quality and in many cases with complete series, that they now will be able to enjoy when and where they want”.

FOXNOW will offer the most recent series from Fox and Fox Life and complete seasons of shows such as The Walking Dead, Deep State, False Flagand Legion, along with Fox España and Mediapro/Globomedia coproduced Spanish women’s prison drama Vis a Vis(Locked Up).

Other international series to be available on the service include The Passage, The Gifted, The OrvilleandAtlanta.

Fox’s launce of the new service in Spain and elsewhere were reported by Digital TV Europe in December. FOXNOW was initially available on Vodafone’s service in the country.

The launch of FOXNOW in Europe marks an evolution of Fox Networks Group Europe & Africa’s thinking about how on-demand services are programmed. The group has previously launched Fox+, the group’s other on-demand service, in multiple markets, but will focus on FOXNOW for new markets and possibly new affiliate agreements in existing Fox+ markets.