Nordic Entertainment Group (NENT) has turned in its first quarterly report as an independent listed company with solid sales growth and a big jump in its Viaplay subscriber base. 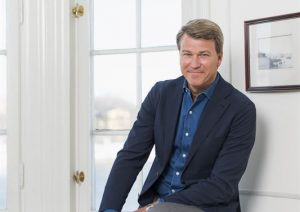 Viaplay subscribers were up 99,000 compared to the fourth quarter, and now represent 59% of Nordic Entertainment’s total base. Viaplay now has 1.357 million customers.

NENT president and CEO Anders Jensen said that NENT was “well positioned to benefit from technological innovation and the changes in consumer behaviour”.

He said: “NENT Group remains very well positioned to drive and benefit from the shift to on-demand and online viewing. Our content offering is unrivaled and is getting even stronger. It is monetised across multiple platforms and windows, and makes NENT a formidable local Nordic leader and challenger to global competition.”

NENT last week invested in a minority stake in the new US production company Picturestart together with a range of industry partners. The outfit, founded by producer Erik Feig, will create, co-finance and produce premium scripted content for young adult viewers around the world.