NBCU streaming service will ‘empower company for decades to come’

Comcast NBCUniversal plans to launch its free streaming service in “about a year” and the OTT offering will serve as “a way to…empower our company for decades to come”, according to NBCUniversal CEO Steve Burke. 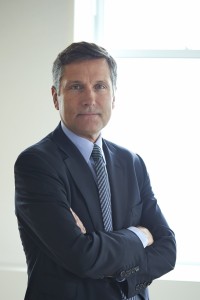 Speaking on Comcast’s Q1 earnings call, Burke said that “two of the most senior people at Sky” who had worked on the development of Sky’s Now TV OTT TV service were now based in the US to work on the NBCUniversal project.

Burke said that the service, which will launch next year, will be made freely available across Comcast and Sky’s footprint to enable it to achieve scale quickly.

Contrary to a widespread belief that streaming will be dominated by one or two giant players, Burke said that he believed “there will be lots of entrants” that will try to leverage their “own unique strengths”.

He said that NBC’s strength was that it remains the number one broadcast channel in the US with a huge portfolio of cable channels. At the same time, Comcast Cable and Sky have over 50 million direct billing relationships with customers, which he said was also “a real strength”.

Burke also said his view that the current growth of virtual MPVD or skinny bundle OTT services in the US was unsustainable was “proving to be the case”, with gains on virtual MPVD growth no longer offsetting losses in traditional pay TV, which remain steady rather than dramatic.

He said that the virtual MPVD model was “quite challenged” and that excitement around the development of such offerings “now is going away”.