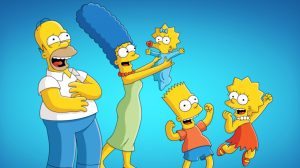 New research from Ampere Analysis suggests that Disney’s new streaming service Disney+ will launch in November with a catalogue that is just one fifth of the size of Netflix’s.

The new service will also have less content on offer than other rivals in the burgeoning SVOD place including Amazon Prime, Hulu, Starz Play and HBO Go.

Netflix has 47,000 series episodes. By comparison, Ampere’s figures suggest Disney will have 500 movies and 7500 TV episodes (including 30 years of The Simpsons) at launch. Disney’s content line-up will also be older than that of its major rivals.

Having said all this. Ampere is upbeat about Disney+’s ability to make its mark – for two reasons. Firstly, it’s lower price point – $6.99 a month (in the US) compared to roughly double for Netflix’s most popular tier. Secondly, the quality of its line-up, which includes Star Wars and Marvel as well a large slew of classic animation.

“Disney is focused on quality over quantity for the launch slate,” said Richard Cooper, Ampere Analysis research director. “Every title will need to guarantee an audience, but with the entirety of Disney and Fox’s library to choose from, that’s achievable.”