The European Commission, working with the European Audiovisual Observatory, has launched a new directory to help professionals, public authorities and citizens find information about European films and their availability on-line in VOD services throughout the European Union. The EC and EAO called Lumiere the first service of its kind and said it would increase transparency concerning the VOD markets. 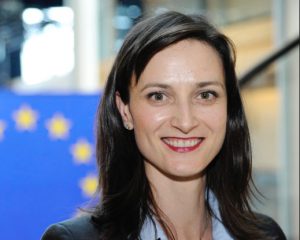 Until now, said the EC and EAO, there have been no European databases of films available on VOD, only national online tools. This is despite the fact that Europe is a major player in world cinema, with more than 18,000 films produced between 2007 and 2017, and a global production volume which has increased by 47% between 2007 and 2017. Launching the directory, Mariya Gabriel, Commissioner for Digital Economy and Society, said: “Europe is a huge player when it comes to film production. It is up to us to ensure that European works enjoy the audience that they deserve. Lumiere VOD, already covering more than 150 VOD services and 35,000 European films, is an initiative taken in the frame of  our #Digital4Culture strategy.”

Susanne Nikoltchev, executive director of the European Audiovisual Observatory added that the creation of Lumiere VOD is “a logical development of the Observatory’s research and expertise concerning the VOD markets in Europe.”

Both the European Commission and the Observatory hope the platform will provide greater transparency concerning the European VOD market, possibly helping to increase the presence, visibility and circulation of European films across borders. Today, they said, just 29% of films offered by VOD services in the EU are European.

With further developments, they suggested, the tool could provide an indication of the level of implementation of the quota of 30% of European works for VOD services contained in the Audiovisual Media Services Directive (AVMSD); thus contributing to and increasing the presence of European works in VOD services in the EU. Lumiere VOD was unveiled at the Council of Europe. Its launch was supported by Amazon Prime Video, Ampere Analysis, Apple, CNC, EuroVOD, FilmDoo, Filmin, Filmtoro, JustWatch, Kino Fondas, La Cinetek, La Pantalla Digital, Le Kino.ch, Mediathèque Numérique, Netflix, realeyz, uncut, UniversCiné, VOD Club, VOD.lu, Vodeville.