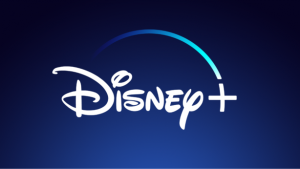 Disney has given investors a first glimpse into its new SVOD service, which is to launch on November 12 with a “rapid” global expansion planned within the next two years.

Unlike Apple, which unveiled streaming play Apple TV+ in March without pricing guidance, Disney said upfront that the streamer will be priced at US$6.99 per month – almost half the monthly fee of a standard Netflix subscription (US$13) and a clear bid to amass a subscriber base quickly. It will also offer a full-year option of US$69.99.

“This is our first serious foray in this space, and we want to reach as many people as possible with it,” said Iger.

Disney’s ambitions will be supported by a “synergy campaign of a magnitude that is unprecedented in the history of the Walt Disney Company,” according to Disney+ president of content and marketing Ricky Strauss.

Disney also made clear that, following its US debut, Disney+ will “rapidly expand globally”, with plans to be in Europe, Latin America and Asia in the next two years.

In the meantime, TBI understands that the studio will still have an LA Screenings event next month for international buyers. Any deals struck out of the showcase, however, are likely to be short-term plays for licensing revenue ahead of the SVOD launch by 2021.

CFO McCarthy pointed out that Disney+’s peak operating losses are expected between 2020 and 2022. It will be profitable in five years.

Next year, the business will have a content spend of around $1bn – in line with Apple’s strategy – with under $1bn in operating expenses.

Disney, which owns 60% of Hulu, has also said it is exploring an international launch for the Handmaid’s Tale SVOD. The streamer has held global-facing discussions for some time now around clearing certain international rights when acquiring content.

Disney+ – which includes content from Disney, Pixar, Marvel, Star Wars and National Geographic – will be available on connected TV and mobile devices.

The platform will launch with a “robust library” of theatrical and TV content, and in its first year will release more than 25 original series and 10 original films, documentaries and specials.

The Simpsons, which airs on Fox on the US and is available on catch-up via the Simpsons World app and Hulu, will be available on Disney+ in its entirety from the first day of launch.

Other catalogue titles include films The Sound of Music, The Princess Bride and Malcolm in the Middleas part of a collection of more than 7,500 TV episodes from the 25 originals, and 500 films including 100 recent theatrical film releases, such as Frozen 2 and Aladdin.

The business expects between 60-90m international subscribers for Disney+ by the end of 2024, with the bulk of subscribers (two-thirds) coming from outside the US.

The platform itself is sleek and minimalist, with seemingly easy navigation between brands, which have dedicated pages.

Much like Netflix, subscribers are able to create custom profiles, with each receiving personalised recommendations based on their viewing history.

The Disney+ service will be available on a range of mobile and connected devices, including gaming consoles, streaming media players and smart TVs. It will be able to support 4K HDR, and a certain amount of content will also be available to download for offline viewing.

Crucially, Disney plans to offer three separate skinny bundles for Disney+, ESPN+ and Hulu, although it is likely to have a discounted bundle for all three as well.

Iger said: “Disney+ marks a bold step forward in an exciting new era for our company — one in which consumers will have a direct connection to the incredible array of creative content that is The Walt Disney Company’s hallmark.

“We are confident that the combination of our unrivaled storytelling, beloved brands, iconic franchises, and cutting-edge technology will make Disney+ a standout in the marketplace, and deliver significant value for consumers and shareholders alike.”

Disney unveiled a number of new titles, which come on the heels of previously announced shows such as Marvel’s 616, an anthological docuseries that explores the Marvel legacy and its intersection with the world, and wildlife conservation-themed title Earthkeepers.