Viacom-owned streaming service Pluto TV has added to its line-up of fictional series and launched two new channels dedicated to drama for the UK market. 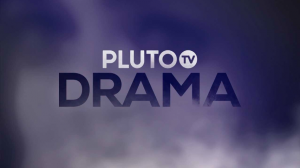 Pluto TV Drama will show recent productions and international series from New Zealand, Australia and other parts of the world, while Pluto TV Retro Drama is dedicated to ‘pop culture evergreens’ from library content.

Pluto TV Retro Drama will carry series from the 70s, 80s and 90s including 21 Jump Street, the police show that helped Johnny Depp rise to stardom.

“At Pluto TV we strive to create form fitted environments with programming that designed to attract all types of viewing audiences,” said Olivier Jollet, managing director Europe at Pluto TV.

“Pluto TV Drama and Pluto TV Retro Drama are emblematic of our thematically driven linear channels incorporating a mix of established and discoverable content, stemming from our elite pool of content partners, to create highly dynamic and engaging viewing experiences.”