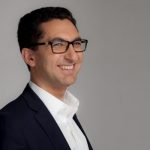 Speaking at MIPTV, Canal+ chairman and CEO Maxime Saada said he was looking to double his company’s global subscriber count, which currently stands at 16.2m.

Split roughly 50-50 between France and international, he expects the bulk of the new growth to come from international – including non-French speaking markets. “We are looking at Ethiopia, for example, which has 100 million people,” he said.

Saada was not specific about the French subscriber numbers but said growth would be slower in the company’s home market because of competition from the likes of Amazon, Apple and Netflix, which now has around 5 million subs in France. However he was optimistic about the company’s position – even though it is set to lose a slew of leading soccer rights next year. With an average monthly revenue per customer figure of 44 Euros, he said Canal+’s strength lay in its position as an aggregrator of quality shows across genres, rather than being “the Netflix of this or that”.

While the company faces a tough battle for subscribers against the leading SVOD players, he also stressed that they are good customers for the company’s content. He characterised them as being “in the same camp” as Canal+ because they encourage people to pay for content. Piracy, he added, was costing his company around 500,000 subscribers. Saada also said he was open to the idea of services like Netflix and Apple being available via Canal+ platforms.

In a separate keynote, TF1 CEO Gilles Pelisson said he is keen for the proposed Salto SVOD platform to be operational by the end of 2019. The JV with France Television and M6 has been held up because of regulatory issues, but Pelisson said that further delay simply plays into the hands of the global SVOD platforms