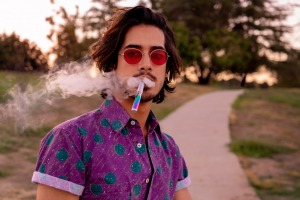 All Starzplay original series and movies will be available on the Vodafone TV service as part of the Serielovers package. The Starzplay line-up will include series available on-demand and simultaneous premieres with the US. The content will include Manhattan-set drama Power and comedy Now Apocalypse alongside The White Princess and The Firsts.

New series will be added in April with the second season of Vida to be launched day-and-date with its US release in May.

The move comes ahead of a planned relaunch of the Vodafone TV service in Spain. The operator, which has been engaged in a battle to retain subscribers in the wake of pulling out of offering top-tier football, will offer a set of distinct thematic packages available from €5 a month: Pack Seriefans, Pack Serielovers, Pack Cinefans, Pack Documentales  and Pack Peques, which will debut on April 14.

The Pack Serielovers that will house Starzplay will cost €16 and will also be the home of Movistar Series, Telefónica’s premium series offering. Starzplay content will be available on-demand via the Videoclub offering to Pack Serielovers subscribers.

Starzplay debuted in Spain last week as a full-fledged SVOD service on the Orange platform, available for €4.99 with a 30-day free trial.

“The partnership with Orange Spain creates an exciting opportunity to further expand the Starzplay footprint and to align two premium media companies to deliver Starzplay’s vast library of compelling content and a great user experience to all our shared customers,” said Superna Kalle, EVP, international digital networks for Starz.

Samuel Muñoz, marketing general director at Orange Spain, said “Such an alliance with Starz, the first for a Spanish telecommunications operator with this prestigious American media company, contributes once again to differentiating the Orange TV offer, as the most complete, with valuable content for the whole family.”

Starzplay plans to expand further its existing European footprint in the UK, Germany and now Spain with launches in France, Italy and other markets soon.