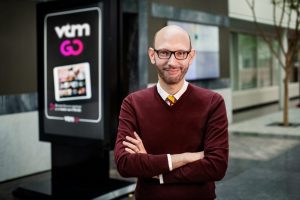 The service, which originated as a VOD play on UK broadcaster Channel 4 in January 2016, will launch to Flemish audiences mid-April through a partnership with media group Medialaan, which operates Flanders-based commercial channel VTM.

Walter Presents will be made available on VTM’s newly launched digital service VTM GO, which aims to host more than 500 hours of premium foreign-language drama across two years with every series featuring high-quality subtitling.

Walter Presents is named after its Italian curator and host Walter Iuzzolino, who handpicks the shows and provides lively introductions for each title. The service, which is credited with popularising foreign-language scripted programming in the UK following its blockbuster acquisition and launch of Deutschland 83, is already available in the US, Australia and Italy.

In the US, Walter Presents is available as a standalone SVOD service, while in Italy, it launched via a partnership with Discovery Italia. Meanwhile, in Australia, the service rolled out through an on-demand and linear collaboration with Foxtel.

Iuzzolino said: “I have long been a champion of Belgian drama which has a world-class reputation for delivering innovative series with stylish execution. I know Flemish audiences are hungry for more quality fiction, so I’m delighted to be partnering with Medialaan and VTM GO to showcase original stories, compelling thrillers and proven international hit series from around the world.”

Ricus Jansegers, Medialaan’s TV director, added: “Walter Presents is a quality label. Walter peruses drama series in every language and selects only the best for Walter Presents. We know that our viewers love intriguing fiction, so by introducing Walter Presents we are extending our range even further.”