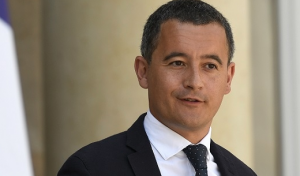 Interviewed by BFMTV, Darmanin questioned the continued viability of the licence fee, arguing that growing numbers of people viewed content on screens other than the TV.

Darmanin suggested that the future of the fee must be in question also because it is collected along with a housing tax that is set to be abolished, noting that it would be costly to put alternative measures in place to collect a tax that delivers €139 per home.

The minister’s intervention in the debate produced a reaction from culture minister Franck Riester, who told radio station France Bleu Azur that while it was legitimate to open a discussion on the future of the licence fee, it was important to preserve a secure source of finance for a strong and independent public broadcast service.

Riester said that the technical question of how to collect the fee would be looked at within the state budget and added that it would down to the French president and prime minister to take a final decision.

Riester’s predecessor, Françoise Nyssen, had last year made a plea for the extension of the licence fee to all households rather than just those in possession of a TV set, but this was rejected by the government.

A group of 18 copyright collecting societies and associations representing content creators expressed astonishment at Darmanin’s intervention, which they said endangered the whole ecosystem of content creation in France as well as public service broadcasting.

“While for several years, numerous parliamentary reports, supported by deputies and senators of very different political persuasions, have called for the government to reform and modernise the financing of public service broadcasting and the contribution of the viewing public, Gérald Darmanin seems to be making a technocratic, simplistic and demagogic contribution: since the tax is difficult to collect, suppress it!” the group said.

The group said it shared the view that reform was necessary because the licence fee had become detached from modes of consumption of content. It said it was necessary to replace it by “a universal contribution” levied on all households.