Broadcasters need a level playing field with digital platforms in order to be in a position to contribute to content creation, according to Nicolas de Tavernost, CEO of M6 Group, speaking at Series Mania. 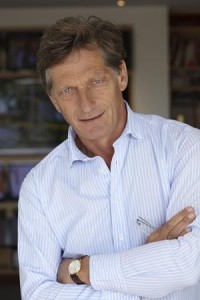 De Tavernost pointed out that broadcasters had to separate production and distribution activities and submit to quotas and other obligations. He said that broadcasters were also forbidden by regulators from changing the format of their channels and suffered from tax disadvantages by comparison with international streaming platforms, among other things.

De Tavernost questioned how “historic actors” could resist the advance of disruptive streaming platforms, and highlighted to role of original production as an indispensable tool for local players. He said that M6 had become a significant producer of original programming across different genres

De Tavernost said that series had always part of the DNA of his company, pointing out that M6 created the dedicated channel for series, Serie Club, in 1993 – later joined by TF1 as a co-owner – which continued to be distributed by ISPs. He also highlighted the role of subsidiary Studio 89 Productions and digital production unit Golden Network and M6’s efforts to support a Europe-wide laboratory for original production.

De Tavernost also said that M6 was transforming its evening schedule, bringing more original content to the early part of the evening.