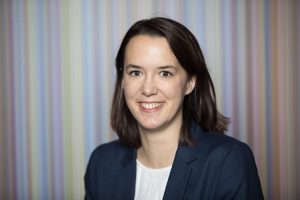 European series and talent are taking a progressively greater share of the international scripted series market, according to Avril Blondelot, head of content insight at EuroData/Mediametrie.

Between the two continents there are a limited number of co-productions – the most popular to date being Taken and Gone, she said.

Recent copros between the US and UK include Killing Eve and The Terror. Other countries are also getting involved; Germany and the US were responsible for Das Boot.

European original production from the top three American digital platforms – Netflix, Amazon Prime Video and Facebook Watch, has grown three times since 2016.
Some 430 North American series aired in Europe last year. Top titles in terms of launches wereGood Doctor, Instinct and S.W.A.T. All of these shows increased the audiences for the channels on whciht y launched. However, the number of scripted series launching in Europe from the US has decreased by 34% since 2016. US series audience share has declined by 27% since 2016.

Crossing the Atlantic the other way, European series counted for 10% of airtime on Showtime, thanks to three UK-originated series – Episodes, Ill Behaviour and Patrick Melrose. Non-British shows aired on AMC networks in particular, including Gomorrah, Deutschland 83 and Deutschland 86.

Some 45% of European scripted exports to the US were crime series, said Blondelot.