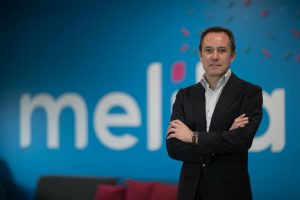 Maltese cable operator Melita’s CEO Harald Rösch has unveiled details of the company’s plans to expand its operations to Italy over the Open Fiber network infrastructure.

Speaking to The Sunday Times of Malta, Rösch said that Italy presented a great opportunity for the company to grow, given not only its geographic proximity but the slow uptake of high-speed broadband in the country.

Rösch said that the Open Fiber imitative enabled ISPs to provide services to homes and businesses without the need to make expensive investment in infrastructure.

Melita plans to launch an internet service similar to one launched in Malta in December, combining Gigabit connectivity with StellarWiFi, the mesh-based Wifi system provided by technology partner Plume.

Melita will launch its service in eight cities initially: Milan, Turin, Monza, Florence, Naples, Bari, Palermo and Catania, with six other cities to follow later in the year.

Rösch said that as Open Fiber expanded its reach to a planned 18 million homes, Melita would follow with launches covering the majority of Italian households.

He said that Melita would provide a high-end service that would appeal to demanding customers and identified gamers as a key target market.