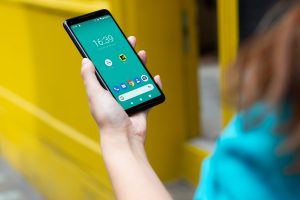 The operator has also launched a new EE Video Data Pass that it says lets users enjoy streaming video from a range of providers without impacting their data allowance. Available for £8.99 per month, the Video Pass is available on a flexible 30-day rolling contract, enabling users to access content including Netflix, Prime Video, BT Sport, MTV Play and TVPlayer.

EE customers on pay monthly handset, tablet or 12-month SIM only mobile price plans can now get a six months subscription to Prime Video courtesy of EE, giving them access to Prime Originals including The Grand Tour, American Gods, Tom Clancy’s Jack Ryan, The Marvelous Mrs. Maisel and The Man in the High Castle. Customers can use their log-in details across multiple devices including handsets, tablets, compatible TVs, gaming consoles, or Fire TV devices.

EE is also giving customers a six-month subscription to the recently launched MTV Play app. Customers who download the app will have access to reality content including the latest episodes of Geordie Shore, Teen Mom UK and The Charlotte Show alongside The Hills, Catfish and Jersey Shore. Following their six-month trial EE subscribers will be given the option pay for the app on their monthly mobile bill.

“This latest move supports EE’s vision to offer customers a broad range of services and is a step in the right direction. Furthermore, it underlines the importance among content and media owners like Amazon and Viacom to work more closely with telcos to reach new audiences,” said technology media and telco analyst Paolo Pescatore of  PP Foresight.

“People’s insatiable appetite to watch video clips on the move is showing no signs of slowing down. With faster and more reliable connections inside and outside of the home, this will only proliferate. And with the arrival of 5G people will be streaming more content rather than downloading for offline viewing,” said Pescatore.

Marc Allera, CEO of BT’s Consumer division, said: “It’s our ambition to offer our customers unrivalled choice, with the best content, smartest devices, and the latest technology through working with the world’s best content providers. In offering all EE pay monthly mobile customers Prime Video and MTV Play access, in addition to BT Sport and Apple Music – we’re providing them with a wealth of great entertainment they can experience in more places thanks to our superfast 4G network, and soon to be launched 5G service. So, if they want music on a Monday, telly on a Tuesday, films on a Friday or sport on a Saturday, we’ve got something for them.”