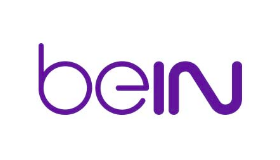 The AFC said that it would stream matches featuring Saudi Arabian clubs in the AFC Asian Champions League for free into Saudi Arabia on the AFC’s own digital channels, which BeIN says is in breach of its multi-million dollar broadcast agreement with the sports organisation.

BeIN accused the AFC of colluding with the Saudi Arabian Football Federation (SAFF) to unilaterally live-stream matches into Saudi Arabia geo-blocked on the AFC’s Facebook Live and YouTube channels.

Saudi Arabia’s government forced Qatar-based BeIN out of the Kingdom a year and a half ago, following the collapse of relations between the two Gulf countries.

BeIN Media Group condemned the AFC’s move, which it said undermined the exclusive rights agreement it had earlier struck for the region with the Qatar group.

The broadcasters said it would immediately launch international legal proceedings against the AFC and would continue to broadcast all its rights, including all AFC tournaments and matches, on its channels across the MENA region.

BeIN further accused the AFC of implicitly supporting the Saudi-sponsored pirate organisation BeoutQ, which has aired content contracted to BeIN illegally within Saudi Arabia and elsewhere in the region, and therefore of undermining the business model that sports rightsholders rely on. Every game of the 2019 AFC Asian Cup was broadcast illegally by BeoutQ.

Yousef Al-Obaidly, CEO, beIN Media Group, said: “The AFC’s decision to live-stream directly into Saudi Arabia on the AFC’s own digital platforms is a material breach of our multi-million dollar regional broadcast agreement and we will immediately be launching a major international dispute to recover damages and protect our position. The AFC’s decision is not only a self-harming commercial decision and a clear political play with Saudi Arabia, but most damagingly it will impact rights holders across sports and entertainment around the world. There is now no guaranteed protection of intellectual property in the region due to the AFC in effect endorsing Saudi Arabia’s theft of world sport and wholesale disregard for the international rule of law.”