5G mobile is not a threat to broadband cable, which will continue to be at the centre of the cable proposition with video playing a supporting role, according to Comcast Cable CEO David Watson. 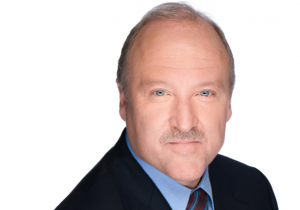 Speaking at a Deutsche Bank investor conference, Watson said that his company had “a long roadmap ahead of growth for broadband” and asserted that Comcast’s fixed network was “the most effective and efficient network to deliver bandwidth-rich applications”.

He said that US broadband customers used an average of six to seven devices and consumed about 200GB a month on average, with Comcast’s ‘power users’ consuming 650GB across 20 devices.

Watson said that Comcast would “participate” in 5G but argued that “our broadband business will compete very nicely” with 5G as a residential broadband proposition, which will involve the deployment of “a significant amount of small cells” to deliver at scale.

“I don’t feel that it is, in any shape or form, a near-term competitive threat to our broadband business,” he said.

After highlighting the importance of business services as a growth opportunity, Watson said that Comcast would “continue to focus on innovation in video” but added that “broadband is the foundation on which we start the [customer] relationship – that is how we go to market”.

He said that video could be “a great supporting part of that [broadband] package” and added that Comcast would continue to add new applications to its X1 advanced set-top platform, following the launch of services such as Netflix and Amazon Prime Video.

Watson said that Comcast would “not chase video” where it was unprofitable, but would “stay very centred on broadband”, packaging video “where it makes sense”.

Comcast-owned NBCUniversal recently unveiled plans to launch a primarily free OTT TV service that would be offered to Comcast cable customers in the US.