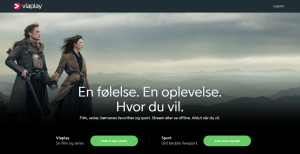 The renewed partnerships include NENT Group’s Viaplay streaming service and TV3 channels. NENT said the agreements reflect its strategic focus on distribution deals that broaden the reach of its streaming services and broadcast channels across the Nordic region.

YouSee and Stofa, which together reach a combined 1.5 million households in Denmark, will continue to offer Viaplay to their customers. The pair will also continue to distribute NENT Group’s Danish TV channels TV3, TV3+, TV3 Puls, TV3 Sport and TV3 Max, which collectively provide coverage of the UEFA Champions League, Formula 1 and Superliga, as well as Danish TV shows such as Masterchef and Robinson Ekspeditionen.

Viaplay’s line-up includes original Danish productions such as Pros and Cons, Darkness – Those Who Kill, Straight Forward and Face to Face.

In addition to offering Viaplay directly to customers, NENT Group currently has distribution partnerships with operators and service providers including Boxer Waoo and Telenor in Denmark, in addition to YouSee and Stofa.