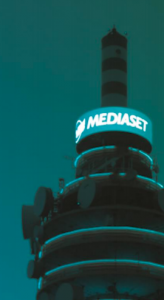 Italy’s antitrust authority is opening a probe into the sale by Mediaset of its digital-terrestrial pay TV platform, R2, on which its Mediaset Premium offering sits.

According to the watchdog, the probe will look into the competition impact of the agreement on the pay TV market, noting that Mediaset Premium has in the past represented only real competition to Sky in the TV market. The regulator will look at whether the sale fo R2 could strengthen Sky’s dominant position in pay TV and in the market for wholesale access to pay TV distribution.

Mediaset agreed the the sale of 100% of R2 to Sky in December. The sale allows Mediaset to retain control of its premium channel offering, and under the terms of the deal Mediaset will also continue to manage Mediaset Premium’s customer base.

The sale of the platform followed the wide-ranging deal between Mediaset and Sky in April last year that saw Sky make Mediaset Premium channels available to its satellite customers, along with a raft of on-demand content. The agreement also saw the pair collaborate closely in digital-terrestrial transmission, with the creation of a combined DTT offering.

The deal also included an option for Mediaset to sell its pay TV platform to Mediaset, something analysts expected it to go ahead with following its failure to secure premium Serie A football rights, and focus on the supply of premium channels only.

Under the terms of its contract with Mediaset, Sky is obliged to proceed only if the deal is greenlit by regulators.