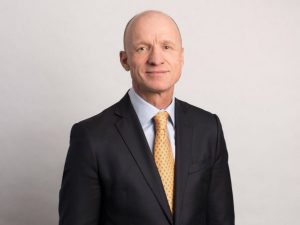 The deal will establish Sunrise – which is Switzerland’s number two player in mobile, TV, fixed broadband and fixed voice behind Swisscom – as the “leading converged challenger” with the scale to drive innovation and invest in new services.

“Today’s announcement is an important milestone for Sunrise, our customers, employees and shareholders,” said Sunrise CEO and chairman, Olaf Swantee, in a statement.

“Together with UPC Switzerland, we will create a stronger, truly converged challenger and significant value for our shareholders. We are committed to accelerating innovation and enhancing customers’ experience, building on the enlarged scale of the combined business and superior next generation network infrastructure.”

Sunrise said that the takeover will enhance the customer experience, particularly in regions not within its fibre footprint, as UPC has high quality fixed network infrastructure with a roadmap to speeds of 1Gbps and eventually 10 Gbps via DOCSIS 3.1 upgrades.

Sunrise will pay Liberty Global roughly CHF2.7 billion in cash and will take on outstanding senior notes and senior secured credit facilities, which have a value of roughly CHF 3.7 billion.

Liberty Global said it will use the proceeds of the sale for “general corporate purposes”.

The deal represents a ten-times multiple of UPC Switzerland’s estimated 2019 adjusted segment operating cash flow. Liberty said that after an investment of US$1.6 billion in 2005, it will have realised at closing US$6.5 billion of dividends and equity proceeds, or nearly four-times its capital.

“After 13 years of investment, innovation and growth, UPC Switzerland will combine with Sunrise to form a strong challenger in the Swiss market” said Liberty Global CEO Mike Fries in a statement.

“This is a great moment for the Swiss consumer as network quality, product innovation and customer experience is at the heart of both companies. We are extremely proud of what we have achieved in this market and are thrilled for our shareholders who will benefit from yet another example of value creation.”

The deal comes after Liberty completed its sale of UPC Austria to T-Mobile Austria for an enterprise value of €1.9 billion in July 2018. In December 2018 it also agreed to sell its central and eastern European DTH business to international pay TV operator M7 Group for €180 million.

The Sunrise agreement was announced as Liberty posted its fourth quarter and full-year results. Liberty’s Q4 operating income increased 73.2%year-on-year to US$252.2 million while revenue from continuing operations was up 1.2% to US$2.95 billion.