Microsoft has unveiled its second-generation HoloLens mixed reality headset at a press event at Mobile World Congress in Barcelona. 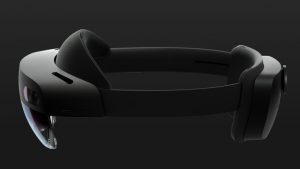 Microsoft said that the HoloLens 2 has double the field of view of its predecessor, contains a new display system and eye-tracking sensors, and enables “direct manipulation of holograms with the same instinctual interactions you’d use with physical objects in the real world.”

The new headset is designed to be more comfortable and to fit “almost anyone”, with an improved centre of gravity, carbon-fibre build and better thermal management. Microsoft said the new fitting system makes it “comfortable to wear for hours on end”.

“Since the release of HoloLens in 2016 we have seen mixed reality transform the way work gets done,” said Microsoft in a blog post to accompany its launch event.

“We have unlocked super-powers for hundreds of thousands of people who go to work every day. From construction sites to factory floors, from operating rooms to classrooms, HoloLens is changing how we work, learn, communicate and get things done.

“We are entering a new era of computing, one in which the digital world goes beyond two-dimensional screens and enters the three-dimensional world. This new collaborative computing era will empower us all to achieve more, break boundaries and work together with greater ease and immediacy in 3D.”

The enterprise-focused headset will be available this year priced at US$3,500. It will initially be available in the US, Canada, UK, Ireland, Germany, France, Australia, New Zealand, Japan and China and can be pre-ordered now.