Nielsen has acquired Sorenson Media, an addressable TV technology provider that aims to transform TV from a “one-to-many to a one-to-one medium”. 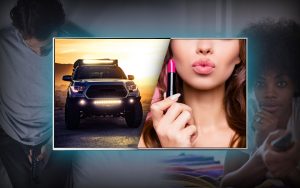 With the deal, Nielsen announced the launch of a new technology, product and commercial initiative called Nielsen Advanced Video Advertising, focused on expanding addressable advertising “for smart TVs and beyond”.

By combining Sorenson Media’s addressable TV ad platform with its own Automatic Content Recognition (ACR) technology, which it gained through its 2016 acquisition of Gracenote, Nielsen claims it has the technology and expertise to “help deliver on the promise of addressable TV advertising”.

“It’s clear that a significant portion of TV advertising will be addressable long into the future,” said Nielsen CEO David Kenny, who joined the company from IBM in December 2018.

“With the Sorenson Media acquisition, we can create improved value and efficiency across the entire media chain – from ad targeting and delivery to measurement and attribution – and make addressable TV more of a reality.”

Nielsen’s Advanced Video Advertising Group general manager, Kelly Abcarian, added: “Nielsen has the experience and technology to help expand a scalable industry-wide, end-to-end addressable TV advertising solution. We can provide a measurement solution that innovates on current approaches with a bridge to the future.”

Nielsen has bought a number of companies in recent years, including Qterics, a smart TV software and privacy management firm, while Gracenote’s ACR technology is integrated into the firmware layer of millions of smart TVs, allowing for real-time, frame-level ad detection.

Nielsen said the acquisition of Sorenson Media completes its go-to-market technology stack with an end-to-end ad delivery solution that enables addressable advertising for TV at scale.