Middle East pay TV operator OSN is officially launching its new low-cost, no contract offering aimed at Saudi Arabia. The commercial launch of El Farq debut follows a research period and three-month testing phase carried out in the Kingdom, which OSN said that seen a positive response from customers and impressive sales growth. 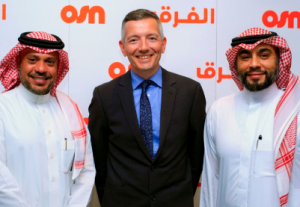 Saudi Arabian households now spend an average of eight hours a day watching TV, according to OSN, citing figures compiled by IPSOS. The pay TV outfit said its launch of El Farq was designed to meet Saudi requirements, with 53% of respondents to IPSOS’ survey valuing ease of use of services as an important factor determining their choice of TV service, followed by 49% citing value for money and 42% citing availability of the latest movies.

With El Farq, OSN is offering channels and content including from studios such as Fox, HBO and Disney for a single price of SAR159 a month. Customers also have access to El Farq anytime, a multiscreen on-demand offering that is part of OSN Play.

Bandar Al Mashhadi, managing director, Saudi Arabia, OSN, said: “El Farq is about absolute simplicity. It is total value for money, delivered just the way our customers in Saudi Arabia want. We want to make entertainment accessible for everyone, and we are confident that El Farq will further cement OSN’s position in the Saudi market as the leading provider of premium entertainment.”

Steve MacDiarmid, chief commercial officer, OSN, said: “As a customer-first organisation, we carried out research into the entertainment preferences of Saudi families in order to bring this unique package, to customers here. Our research has helped us understand what really matters to customers in KSA, and OSN has brought all of those elements together in ‘El Farq’. Our test phase recorded growth in the subscriber base across all segments, particularly in the 25 to 44 age-group, which makes us confident that, as we roll out El Farq in Saudi Arabia, this product will resonate with customers and exceed their expectations.”

OSN’s owner Kuwait Projects Co last year reportedly hired Goldman Sachs to advise on a possible sale of OSN, in which it owns a 60.5% stake. The pay TV outfit has struggled in competition with Qatar-based BeIN Media, which has scooped up regional sports rights, and both players have faced an additional challenge in in the form of the mass-scale piracy of content by BeoutQ, which BeIN Media alleges is supported by the Saudi authorities.

Kipco financial controller Anuj Rohtagi has previously spoken about the potential rollout of El Farq in other markets in the region.