The European Commission has reached an agreement over new copyright rules, including the controversial Article 13 that will require platforms like YouTube to tackle copyright infringements at the point of upload.

One of the objectives of the of directive is to “reinforce the position of creators and right holders,” helping them to be remunerated for the online use of their content by user-uploaded-content platforms.

Currently platforms like YouTube are only obliged to remove infringing content when a rights holder asks them to do so. However, the European Parliament argues that this is “cumbersome for rights holders”, does not guarantee them fair revenue, and gives internet companies little incentive to sign fair licensing agreements with rights owners.

The new rules will require internet companies to obtain authorisation from rightholders from the outset. If there are no licensing agreements in place with the rightholders, the platforms will need to take “certain actions if they want to avoid liability”.

These actions include making best efforts to obtain an authorisation for use of copyrighted material, or to make sure that unauthorised use of content isn’t made available if a rights holder has provided information about their IP. The platforms will also have to “act expeditiously” to remove any unauthorised content following a notice and use their best efforts to prevent future uploads.

The European Commission said that the rules will now allow internet users to upload copyright protected content on platforms like YouTube or Instagram legally. It also said that freedom of expression would be safeguarded in the cases of memes or parodies and that unjustified content removals can still be contested. 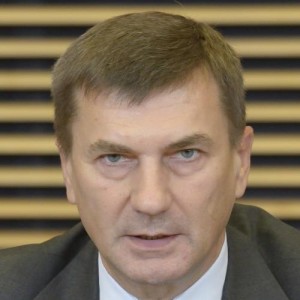 Elsewhere, the new copyright rules aim to give consumers access to works, films or music records that are no longer commercially available in Europe, and to a wider variety of European audiovisual works on video-on-demand platforms.

By tackling rights difficulties related to licensing films and series on VOD platforms, the EC said it anticipates a “positive effect on the type and variety of works made available on VOD platforms”.

Overall the EC said its wide-ranging package of rules will make copyright legislation “fit for [the] digital era”, bringing benefits to all creative sectors – the press, researchers, educators, cultural heritage institutions, and citizens.

Andrus Ansip, the European Commission vice-president for the Digital Single Market, said: “The negotiations were difficult, but what counts in the end is that we have a fair and balanced result that is fit for a digital Europe: the freedoms and rights enjoyed by internet users today will be enhanced, our creators will be better remunerated for their work, and the internet economy will have clearer rules for operating and thriving.”

Julia Reda, a member of the European Parliament as well as Germany’s Pirate Party and an outspoken critic of Article 13 and Article 11, often referred to as ‘link tax’, said: “The final Parliament vote will happen mere weeks before the EU elections. Most MEPs – and certainly all parties – are going to be seeking reelection. Articles 11 and 13 will be defeated if enough voters make these issues relevant to the campaigns.”

Article 13 has had considerable push-back, both from platforms like YouTube and from internet users who have latched onto the video site’s #SaveYourInternet campaign and who argue that the EU rules could stifle freedom of expression online.

In a statement posted on Twitter, YouTube said that it will study the final text of the EU copyright directive and take time to determine next steps. “The details will matter, so we welcome the chance to continue conversations across Europe.”

European parliament and Christian Democratic Union of Germany party member, Axel Voss, said in a statement: “This deal is an important step towards correcting a situation which has allowed a few companies to earn huge sums of money without properly remunerating the thousands of creatives and journalists whose work they depend on.”

Francine Cunningham, senior public affairs manager at international law firm Bird & Bird commented: “While EU negotiators have managed to get this controversial piece of legislation over the line ahead of the European Parliament elections in May, both creative industries and online platforms will have many questions about the practical application of the proposals.”

“In the end, it will likely be up to the courts to decide whether platforms have really made ‘best efforts’ to avoid copyright infringement by the users.”