Pluto TV has launched a curated indie film channel, Pluto TV Indies, on its ad-supported over-the-top service in the UK. 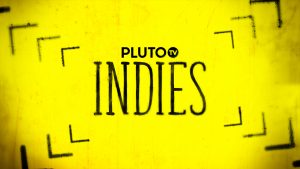 Pluto said the channel will be home to feature films from “world-renowned auteurs” and will include award-winning and nominated independent films, classic cinema and documentaries.

“At Pluto TV we are devoted to developing the right environment for quality content,” said Olivier Jollet, managing director, Europe, at Pluto TV. “With our curated channels we are opening unknown doors to clear-cut niches.

“The linear model allows viewers to switch on a channel apt to their mood. This gives content creators an opportunity to showcase their work, as viewers decide by interest rather than names. We are working hard on creating additional offerings and environments for cineastes, with an additional channel committed to world cinema planned for Q2 of this year.”

Pluto TV World Cinema will feature films solely from non-English speaking markets. The recently launched Pluto TV Romance channel specialises in “everything romantic,” including romcoms, while The Asylum channel is from the creators of Sharknado and showcases ‘guilty pleasure original movies,’ including action-adventure, sci-fi and horror films.