UKTV’s Darren Childs to step down 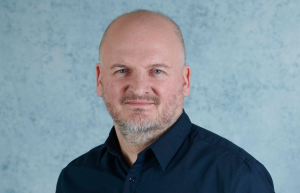 UKTV boss Darren Childs is to step down from his role as CEO of the British multichannel broadcaster.

The exec will remain until 1 July while the board explores new leadership options. He is believed to be a top contender for the role of Premier League CEO – a role recently turned down by BBC Studios boss Tim Davie and Animal Planet chief Susanna Dinnage.

Childs’ departure comes as the ownership of the Taskmaster broadcaster – which is jointly owned by the BBC and Discovery Communications – remains in question, with a channels break-up believed to be imminent. It is expected for the BBC to take 60% of UKTV, including channels Dave, Gold and Drama, with Discovery coming away with lifestyle channels such as Good Food.

During Childs’ eight years at the helm of the broadcaster, whose channels portfolio also includes Really and W, the business has grown its commercial share of viewing by 42%, and driven a 66% increase in revenues.

During his tenure, the company also launched UKTV Play, its direct-to-consumer VOD service and fastest-growing brand with 2m registered users. The network reaches 40m people every month, according to the business.

Under Childs, UKTV has launched originals such as Taskmaster, Dynamo: Magician Impossible and live events including Monty Python Live: One Down Five To Go and David Haye Boxing. The broadcaster also recently expanded into original drama, with dark comedy Flack airing later this month.

Childs said: “It’s been the greatest honour to work with this fantastically talented group of people, I’m incredibly proud of what this team has created, and the successes they’ve built: growing audiences, working with our producer partners to create a collection of award-winning programmes; and making bold entertainment brands that stand out from the crowd. We’ve created a huge amount of value and had a lot of fun. I want to give my sincere thanks and appreciation for the support the team has given me and look forward to continuing to work with our group over the coming months to ensure I pass the baton in a seamless fashion. I wish the company every success for the future.”

JB Perrette, UKTV board member and president and CEO of Discovery International, said: “Darren is a fantastic executive who has helped build market leading brands and content, and a terrific team during his tenure at UKTV. He has made an invaluable contribution to the business and on behalf of Discovery and the UKTV Board, I want to thank him for his commitment, creativity and resourcefulness at the helm of UKTV.”

Tim Davie, CEO of BBC Studios, added: “Darren deserves our thanks for his many achievements in eight years as an excellent CEO of UKTV. His leadership of the company has created significant value for UKTV’s shareholders: overseeing a vibrant portfolio of channel brands, bringing in successful new commissions complementary to UKTV’s BBC content, and delivering consistently strong impacts and financial performance. He will leave UKTV in extremely good health, with a great team at all levels and he will take our very best wishes this summer for his own next move.”