MBC Group is due to launch a new premium entertainment channel targeted at Iraqi families. 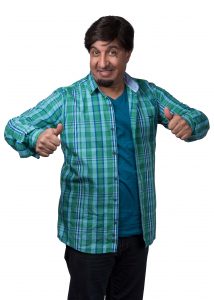 MBC Iraq is due to launch on February 17, following two preview broadcasts on the preceding days: coverage of Winter at Tantora, a Saudi cultural festival featuring a number of Iraqi singers on February 15; and the season six debut of Arab’s Got Talent on February 16.

Dubai-headquartered MBC Group said the rollout highlights its ambition to strengthen its relationship with audiences in Iraq. The channel will air Iraqi productions such as dramas and comedies and will offer a tailored line-up during the Ramadan season.

“MBC Iraq is the result of the purposeful vision of chairman of the board, Sheikh Waleed Al-Ibrahim, and the culmination of MBC Group’s five-year expansion and growth plan, which we announced in the last quarter of 2018,” said Sam Barnett, CEO of MBC Group.

“MBC Iraq is a premium television network that caters to the needs of a sophisticated Iraqi audience, offering exclusive and premium content suitable for all members of the family and all age groups. Our aim is to offer increased localised productions, offering opportunities to Iraqi talent and prospects in media to its youth.”

Earlier this year MBC Group appointed former Hulu executive, Johannes Larcher, as managing director of digital and video-on-demand. He will be tasked with enhancing MBC Group’s entire digital offering, including its flagship Shahid and Shahid Plus services.

MBC Group said at the time of the hire that it will prioritise its digital services with a robust five-year investment strategy and plans to launch a series of new offerings and initiatives, including: ‘Shahid Original’ productions; global content acquisitions; product and technology investments; and partnerships with leading eco-system participants.