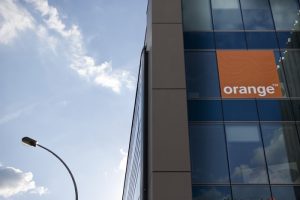 Orange España has introduced what it is pitching as a flexible convergent offering that enables consumers to take only the services that they really need, bundled with a free Netflix subscription for six months for customers that use its services more intensively.

From January 21, the Love de su Vida offering will enable new and existing subscribers to personalise their packages. Subscribers will be allowed to maintain their existing services if they so choose.

To promote the new flexible packaging, Orange is offering Netflix free of charge to customers that take a ‘heavy’ mobile data bundle. Users of two lighter packages will receive Netflix free for the first three months.

Heavy users will also receive a discount on the package and the ability to take additional phone lines with unlimited minutes at no extra charge.

Orange is offering four packages of mobile data, ranging from 6GB to 50GB a month with prices ranging from €53.95 to €70.36. The top two packages come with six months’ free Netflix.

Other options that can be combined with the  mobile packages include three different fibre internet packages, ranging from 100Mbps to 1Gbps. A basic TV package at €9.95 can be supplemented by one with Spanish top-tier football for an additional €9.95 and an additional package with Champions and Europa League football for €14.95. Other options include Movistar Series, Rakuten Wuaki, FlixOlé and other thematic and on-demand offerings ranging in price from €3 to €5 a month.

Separately, Orange has told markets regulator the CNMV that it does not plan to make a bid to take 100% control of regional cable operator Euskaltel.

Orange said it was not currently analysing, itself or with advisers, a 100% offer for Euskaltel, adding that it was always studying options for the growth of the company.

It was widely reported last week that Orange had hired Credit Suisse to assist with a bid for the cable operator, which operates networks in the Basque Country, Asturias and Galicia and is already partnering with Orange to expand its reach to other regions in the country.