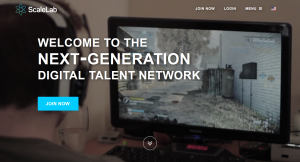 The deal will see Yeah1 pay ScaleLab’s shareholders up to US$20 million for 100% of the company, which claims 400 million YouTube subscribers across its channel portfolio and three billion views per month.

ScaleLab’s network of YouTube influencers is focused heavily on the US, Latin America and EMEA, while Yeah1 has a wide footprint throughout Asia. Yeah1 said it will now focus on promoting ScaleLab’s talent throughout Asia, as well as connecting top Asian talent with the English-speaking world.

ScaleLab will continue to operate out of its Hollywood offices and the deal will expand the total number of YouTube subscribers under the Yeah1 umbrella to 610 million, taking combined monthly views to 6.9 billion.

“The transaction with ScaleLab is one of our key milestones to further reach a global market,” said Tri Dao Phuc, CEO of Yeah1 Group.

“For the next three years, our strategy is to acquire premium social media brands, optimise our existing channels to boost viewership and performance, create new global content, invest in appropriate content for global distribution, license premium content for select regions, and work closely with brands to develop integrated campaigns.”

ScaleLab founder and CEO, David Brenner, said: “Yeah1 is an exciting, diversified media company with tremendous reach throughout Asia, and bold plans to expand globally.  We’re thrilled to partner with Yeah1’s forward-thinking team and to play a key role in the company’s international growth.”

The company says it is expanding “aggressively” throughout Southeast Asia and beyond and last year it acquired Thailand-based multi-channel network, SPRINGme, as well as France-based content creator, Something Big. In June 2018, Yeah1 Group became the first media company to be listed on the Ho Chi Minh Stock Exchange.

ScaleLab has localised divisions in Latin America, Russia, the UK, and the Middle East, and provides services to YouTube creators in 10-plus languages.