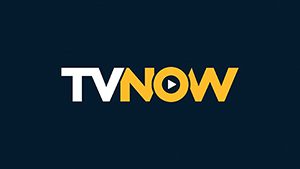 The offering includes all 13 of RTL’s free and pay TV channels alongside on-demand content in HD and features content in advance of its linear airing. The premium offering includes a limited amount of advertising, with one advert aired before each show across all devices and no ads inserted during programmes.

TV Now also continues to offer a range of series and other shows free of charge. The service now comes with a revamped user interface offering greater personalisation, with further improvements promised over the coming weeks.

For the first time TV Now users will be able to watch all the group’s pay TV channels live, with content from channels including RTL Crime, GEO, RTL Passion and RTL Living also available on-demand.

The service will feature box-sets of RTL domestic series including Das Boot, Wilsberg, Bloch and Kudamm 56.

Future premieres on the service include M – Eine Stadt sucht einen Mörder, a reboot of the classic 1931 Fritz Lang movie and Die Wahrheit über den Fall Harry Quebert, based on the novel by Joël Dicker.

TV Now, which was created two years ago to replace the previous RTLNOW.de service, is available via PCs, smartphones, tablets, Apple TV, Amazon Fire TV and Android TV as well as internet-connected TVs.

RTL recently unveiled plans to ramp up its investment in video-on-demand, including the development of TV Now Originals for the TV Now service.