ProSiebenSat.1’s sports business unit, 7Sports, has agreed an international joint venture with news platform eSports.com, as it looks to move further into the eSports market. 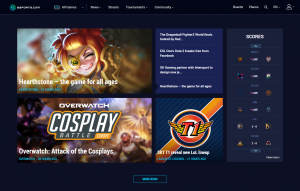 The two partners will each hold a 50% interest in the newly established eSports, which will be jointly managed by Stefan Zant, managing director and COO of 7Sports, and Fabian Furch, CEO of eSports.com.

The deal will see the companies expand the eSports website in Germany, Austria and Switzerland, offering highlights videos from major eSports events, editorial reports and results, as well as online tournaments.

With the joint venture, 7Sports said it is now taking “the next step in establishing a dedicated eSports ecosystem,” which covers TV and digital. It also plans to organise its own eSports tournaments, establish eSports leagues and manage professional gamers and teams, and has set up a dedicated department for this purpose.

“eSports are already a mass phenomenon in Asia, and the German market will see strong growth over the coming years,” said Conrad Albert, deputy CEO of ProSiebenSat.1 Media. “This is why we are stepping up our involvement and working with a strong partner in eSports.com.

eSports.com CEO, Fabian Furch, said: “We intend to become the leading platform for media content and for every kind of eSports fan. We are confident that this [partnership] will allow us to actively shape the progress of eSports into the global mainstream.”

7Sports has been active in eSports since 2016, broadcasting international tournaments and a weekly highlights show on ProSieben MAXX.