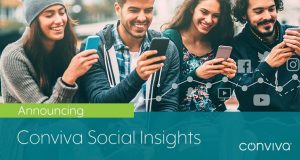 “Conviva has been terrific in illuminating operational and audience insight heuristics to empower publishers,” said Peter Scott, VP of emerging media at Turner.

Silicon Valley-based Conviva is a real-time measurement and intelligence platform for streaming TV. The company, which has offices around the world, claims to serve more than 200 brands globally, including HBO, Hulu, Sky, Sling TV and Turner.