Hopster looking to ‘shake up production’ with originals move

Kids on-demand app Hopster aims to ramp up its currently modest original production efforts by focusing on relatively low budget short-run series that can be extended if they do well, according to CEO Nick Walters. 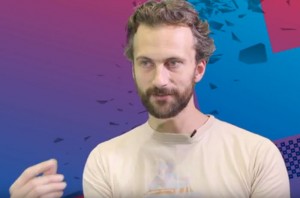 Speaking at the OTT TV World Summit in London this morning, Walters said that Hopster is “trying to shake up original content production” on its linear channel with short runs of original content, such as six or 10 episodes. Hopster has positioned itself as the sole funder and commissioner of these shows, rather than struggling to build co-production agreements, and budgets are generally low. If content does well, extended runs are commissioned, he said.

He said that Hopster is “quite early” in its originals effort, with three shows commissioned in 2017 and more this year. Having original content means that the company has an advantage in seeking carriage deals with service providers, he said.

The originals effort is focused on TV. Walters said that short-form content does well on mobile while long-form content with multiple simultaneous viewers does better on TV. On the mobile side, he said, much of the content provided by Hopster is material that would not normally be found on TV.

“On our mobile app…those shows get discovered really well, but they struggle on TV,” he said. Voice search, already used on Apple TV and other platforms, tends to bring people to content “they already know”, he said.

The mobile app, which also provides games and books as well as video, is more graphically rich than TV, he added. Walters said that about 30% of usage on the mobile app was of games, with books also performing well.

On Hopster’s marketing strategy, Walters said that the service operates in a “world that’s full of 800lb gorillas”, so it has to focus on a specific target audience, in its case “millennial parents” and, within that, “people who think of childhood as an investment” who are aware of social issues such as the importance of gender neutrality and don’t like advertising being part of the mix.

TV channels benefit from secure distribution, said Walters. A company like Hopster has to think “much more seriously about marketing”, he said. Marketing is focused on winning the 10-15% of the target audience that wouldn’t find Hopster by other means and engaging people after they subscribe. Hopster also offers free content and Walters said this has to be managed carefully to make sure people do not have a disincentive to pay for more.

“Our big challenge is to make sure that our free users like what the find and have incentives to subscribe,” he said.

Walters said it was important to invest in analytics in order to avoid “humping loads of cash into subscriber acquisition” without having any idea of the net lifetime value of those subscribers. Being a featured app in the Apple App Store had also been a big benefit for the company, he said.

Hopster has remained focused on its pre-school target market for now. However, Walters said Hopster may be open to launching a product for older kids or partnering with someone to create a different brand for that age group over the next five years, he said.