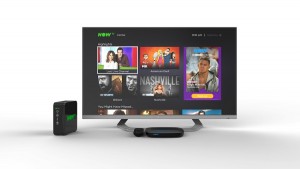 Sky’s UK OTT TV service Now TV aims to add download-to-play to its offering, and will look at adding third-party SVOD options on a case-by-case basis, according to Kelly McAree, head of proposition, Now TV.

Speaking at the OTT TV World Summit in London this morning, McAree said that Now TV had ambitions to do a lot but it wanted to establish a clear proposition in the market, based on its bundle of content ‘passes’ covering different genres.

Now TV launched its first third-party SVOD pass – NBCUniversal’s Hayu reality programming offering – in July, bringing content such as Keeping up with the Kardashians to its users.

McAree said launching additional SVOD services would be weighed on a case-by-case basis. She said it was important not to offer so much content that customers became confused.

McAree said that Now TV’s proposition was to cater to people who want “things to be easier” with a simple easy-to-use UI.

While Now TV includes linear TV as a way to offer flexibility to consumers, she said that conveying the value proposition to viewers is challenging. “On one hand this is perfect but it is hard to articulate all of these messages,” she said.

She added that bundling Now TV with Sky’s broadband offering “opens people’s minds to Now TV in another way” by bringing additional value to people looking primarily for broadband connectivity.

McAree said that Now TV used a variety of ways to surface content, including algorithms and editorial teams. “It is a bit of a blend and something we are continuing to work on,” she said.