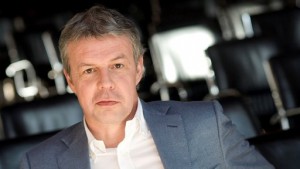 Tillieux has been on the Middle East pay TV operator’s board for two years and is the chairman of its executive committee. His promotion comes just days after Reuters reported that OSN’s major shareholder is looking at a possible sale of the business.

Outgoing CEO, Stewart, is due to take up his new role at SKY Television on February 21, 2019. He departs after more than two years at OSN, where he was named CEO in June 2016.

“I am honoured to have been selected as OSN’s new CEO,” said Tillieux in a statement. “As member of the board it has been a privilege to witness firsthand the quality of OSN’s people and assets; I now look forward to steering OSN’s energy towards renewed growth and ever improved engagement with customers.

“I believe that OSN is uniquely positioned in the region to offer high quality innovative services that will make a real contribution to fulfilling customers’ desires.”

OSN chairman Faisal Al Ayyar thanked Stewart for his contribution to the company and paid tribute to his “efforts and achievements in strengthening operational efficiency and adding value to customers.”

“Under his leadership OSN has significantly improved its operations and imbedded a customer-first approach. He has also enhanced the company’s digital and technology capabilities to better serve customers,” he said.

Tillieux brings a wealth of experience to the CEO role. In the past four years he has held supervisory board roles at a number of companies including Euronews in France and Play Communications in Poland. Prior to this he was CEO of Red Bee Media for two years from 2012-2014; COO of ProSIebenSat.1 Media between 2007-2009; and CEO of SBS Broadcasting Group from 2001-2009. 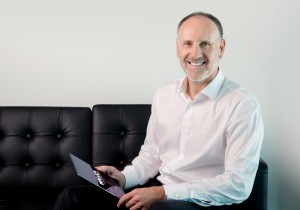 Stewart, meanwhile, landed his new role after what SKY Chairman Peter Macourt described as “an extensive global search for the right person to lead SKY.” Macourt said that Stewart’s experience, leadership skills and strong understanding of the opportunities and challenges of the sector made him “a stand-out choice.”

“I am excited at the opportunity to lead SKY as it continues its transformation from a traditional television broadcaster to a multi-platform entertainment business,” said Stewart.

“SKY is in a good place to take advantage of the opportunities that increased internet connectivity is offering, while retaining its important strategic position of being able to deliver content, particularly live sport, to 100% of the country.”

The news of his departure from OSN comes after Reuters reported last week that the company’s 60.5% majority shareholder, Kuwait Projects Co (Kipco), has hired Goldman Sachs to advise it on the sale of the company.

OSN previously hired Rothschild in 2013 to evaluate strategic options for the business, including a possible sale. At the time, the company was valued at US$4.3 billion (€3.8 billion) by Arqaam Capital and Kipco rejected a US$3.2 billion offer for the company from a US private-equity group a year later.

Kipco has now classified OSN as a non-current asset with a value of KWD181.7 million (€523 million) on its balance sheet, with the company facing strong competition in the region from rival BeIN Media as well as pirate services.

“Though microeconomics are improving, we face subdued demand in our core markets owing to: piracy, particularly [the] BeoutQ platform; geo-political reasons; and new fiscal reforms by government which have partly resulted in [a] sizeable expat population base exiting from some of our core markets, overall shrinking our target market”.