Kipco in move to sell OSN

Kuwait Projects Co (Kipco) has hired Goldman Sachs to advise it on the sale of Middle East pay TV operator OSN, according to a Reuters report, citing unnamed sources. 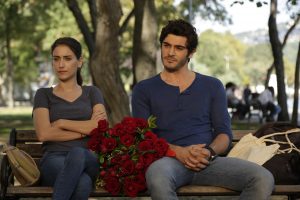 Kipco owns a 60.5% majority stake in the pay TV outfit. It had previously hired Rothschild in 2013 to evaluate strategic options for the business, including a possible sale. The company was valued at US$4.3 billion (€3.8 billion) by Arqaam Capital at the time and Kipco rejected a US$3.2 billion offer for the company from a US private-equity group a year later.

Since then OSN has been in intense competition with BeIN Media which has secured key sports rights for the region, along with increased competition from pirate operations, and Kipco has now classified it as a non-current asset with a value of KWD181.7 million (€523 million) on its balance sheet.

Kipco group financial controller Anuj Rohtagi, speaking on Kipco’s Q3 earnings call last week, said that OSN “continues to face temporary headwinds and though microeconomics are improving, we face subdued demand in our core markets owing to piracy – particularly BeoutQ platform – geo-political reasons and new fiscal reforms by government which has partly resulted in sizeable expat population base exiting from some of our core markets, overall shrinking our target market”.

Rohtagi said that while Kipco nevertheless continued to “believe in the potential of the business driven by the available larger market opportunity to grow in this vertical”, it had decided to “assess all our strategic options for this investment with a view to maximize value for our shareholders”.

He highlighted a number of initiatives OSN had launched as part of a review of revenue opportunities and cost-optimisation measures, including the launch of the low-cost, no contract, SAR149 (€35) a month El Farq offering in Saudi Arabia, which he said would be rolled out in other markets.

As a result of removing OSN from its profit and loss account, Kipco reported a 10% increase in revenues from continuing operations during the first nine months to KWD561 million, and a net profit of KD20.4 million for the first nine months, down from the KWD22.3 million recorded for the same period last year.

The company said it assets stood KWD10 billion, compared with KWD10.3 billion at the end of last year.