BBC consults on options for over 75s licence fee 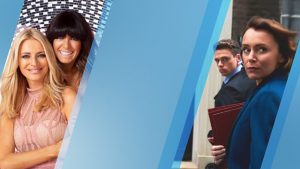 The BBC has launched a consultation on the future of licence fee payments by over 75s. The age group is currently entitled to a free TV licence under a government-funded scheme that is set to expire in June 2020, after which it is to be left to the BBC itself to decide on any future scheme and how to pay for it.

The government-subsidised scheme whereby over 75s currently do not have to pay for a licence is expected to cost £745 million by 2021-22.

The BBC is mulling a range of options, ranging to continuing the present scheme, which would cost a fifth of its budget and have huge implications for the range of services it could provide, to restoring the universal licence fee that existed in the past, which would have a financial impact on poorer pensioners.

The BBC is also looking at a range of intermediate options, including discounting the cost of the fee for older people, for example by 50%, raising the age of eligibility from 75 to 80, and introducing means testing.

The BBC said it was not backing any particular option currently, but wanted to consult the public and take a decision taking into account all relevant considerations.

The consultation will run for 12 weeks. The BBC is also publishing an equality impact assessment to assess the social impact of different options.

The public broadcaster has already commissioned two reports by Frontier Economics on the issue, which informed the equality impact assessment. The latter highlighted the fact that older audiences, who watch more TV, also stand to lose out if the BBC is forced to radically reduce its expenditure on programming to finance the rising cost of the free licence fee, and also raises the question of intergenerational fairness, with younger people forced to help finance a broadcaster that is consumed more heavily by people who do not need to pay for it.

Frontier Economics also concluded that the equity impact of the free licence had diminished somewhat since it was introduced, with older people’s income now closer to the national average than it was then.

Frontier also found that raising the age to 80 would cost the BBC slightly more than a 50% discount would, while means testing on the basis of eligibility for pension credit would cost the BBC about 5% of its budget. However the equality impact of introducing means testing compared with other options could be compromised by the relatively low level of take up of pension credit.

The free TV licence scheme was introduced by the Labour government in 2000, but responsibility for deciding whether to renew it was passed to the BBC itself by the current government as part of last year’s Digital Economy Act.

Tony Hall, BBC director-general, said: “This is an important decision. We have set out a range of options – each has merits and consequences, with implications for the future of the BBC, and for everyone, including older people. We need to hear views to help the BBC make the best and fairest decision.”

David Clementi, BBC chairman, said: “The board wants to make an informed decision about the future. We want to hear from the public. We will listen to their views and balance all the options and arguments before making a decision. The board does not underestimate the significance of the decision, its implications for the BBC and its audiences.”