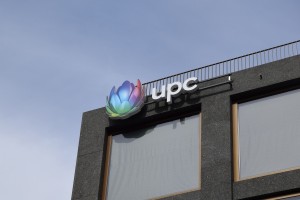 Liberty Global-owned UPC Switzerland has made a trio of senior management appointments as part of new CEO Severina Pascu’s drive to improve the quality of the struggling operator’s business.

The cable operator has named Urs Reinhard in the new role of chief digital officer, responsible for accelerating the digital agenda and driving change across the organisation. Reinhard was previously a partners with The Boston Consulting Group, led UPC’s strategy and mergers and acquisitions teams and for the last year was responsible for sales and customer operations.

UPC has also named Hélia Burgunder as chief customer officer. Biurgunder, who will coordinate the customer facing activities for the operator, was previously director of Swisscom’s sales department.

Finally, UPC has named Stefan Fuchs as chief marketing officer. In this new role, Fuchs will oversee UPC’s customer value proposition, experience and value management and well as products, content ,business intelligence, branding and marketing communications. He was previously vice-president of marketing, having also previously worked for Liberty Global units Unitymedia and Virgin Media as well as for Liberty Global at its Amsterdam HQ.

Pascu said: “The power of a company lies in its people and their ability to drive change and have an impact. I am delighted to see such strong executives as Urs, Hélia and Stefan taking on new roles and I am very excited to start working together to deliver a simple and personalised experience to our customers.“

Liberty Global has been seeking to turn round UPC Switzerland’s performance in what is seen as a challenging market, principally by investing in its video product. The company will shortly see the rollout of Liberty’s EOS advanced set-top box as part of a new drive to differentiate its offering from that of rivals such as Swisscom.