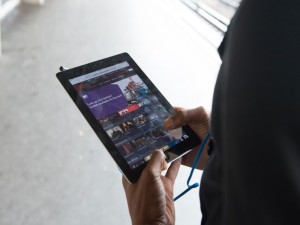 Virgin Media is to appeal a fine levied by UK regulator Ofcom for making excessive charges for early termination of contracts.

The cable operator said hat it “strongly disagrees” with Ofcom’s ruling and believes to be “both unjustified and disproportionate”. Virgin said it would appeal the decision before the Competition Appeal Tribunal.

Ofcom allows operators to charge customer who want to terminate contracts early, but says that those charges must be made clear and must not be too costly to disincentive customers from switching to other providers.

The fine arose because Virgin Media overcharged some cable cusotomers for early termination between September 2016 and 2017. According to the regulator, about 82,000 Virgin Media customers were overcharged a total of £2.8 million .

The charges worked out at an average of £34 per person, but Ofcom calculated that some 6,800 customers were overcharged by over £100.

The company admitted its mistake and said it had taken steps to make sure that the error did not arise again, including the introduction of an automated early termination charge contract calculator for its customer care agents.

In addition to paying back or donating to charity to excessive take from the charges, the operator has been obliged by Ofcom to make it clear that customers may have to pay extra charges even if they move outside of Virgin Media’s coverage area, while customers who move within Virgin Media’s network area will no longer have to sign up for a new minimum-term contract. Virgin has also agreed to promote 30-day rolling contracts for customers who believe they will need to move house in the near future.

“We profoundly disagree with Ofcom’s ruling. This decision and fine is not justified, proportionate or reasonable. A small percentage of customers were charged an incorrect amount when they ended one or more of their services early and for that we are very sorry,” said Virgin Media CEO Tom Mockridge.

“As soon as we became aware of the mistake we apologised and took swift action to put it right by paying refunds, with interest, to everyone affected. For those few people we could not locate, we have made an equivalent donation to charity.  We also reviewed our internal processes and systems, and improved our customer communications to make sure that this does not happen again. We wholeheartedly reject the claim by Ofcom that our ETC levels dissuaded customers from switching.This unreasonable decision and excessive fine does not reflect the swift actions we took, the strong evidence we have presented, or our consistent, open and transparent cooperation with the regulator.  We will be appealing Ofcom’s decision.”