Live TV still accounts for 56% of all the video the UK watches, some two hours and 38 minutes a day, according to a new Thinkbox research. 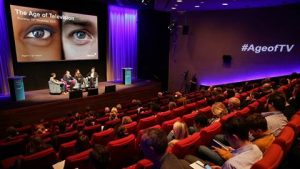 ‘The Age of Television’ study, which was commissioned by Thinkbox and conducted by research firm MTM, said that despite the variety of ways that people access video, live TV still “satisfies the widest range of our viewing needs for more time than any other type of viewing.”

The research claimed that online video platforms like YouTube account for 18% of all video viewing at 51 mins a day, but often serve different functions from live, catch-up or on-demand TV – as a distraction rather than to ‘unwind’ or ‘escape’.

“All types of video are turned to for distraction, but online video excels here, especially for younger people – for example, when bored or waiting for a bus or for dinner to cook,” according to the report. “Online video accounts for 30% of all viewing in this need state, 40% for 16-34s – largely due to the often mobile nature of use and prevalence of short-form content.”

The study found that 29% of 16-24s’ total viewing is to satisfy the need for distraction, while this only accounts for 13% of time among 55-64s. However, it concluded that the reasons people watch TV and video are largely universal and vary only slightly by age group.

“This research explains why different forms of video co-exist and why TV broadcasters’ live and on-demand offerings continue to make up the vast majority of video viewing time,” said Thinkbox’s director or research and planning, Matt Hill.

“It also shows how services like Netflix have emerged to super-serve some of our needs when we watch TV, but that they can’t reach all the places TV can – especially the more social and shared reasons to watch, which are so important to people. It shows how YouTube is often UseTube, with a distinct role for practical help.”

The research was based on a qualitative analysis of 150 days of TV and video viewing filmed through camera glasses worn by 30 people, and a quantitative study of 6,000 people in the UK. Thinkbox is the marketing body for commercial TV in the UK.