Amazon is not too big to fail, says Bezos 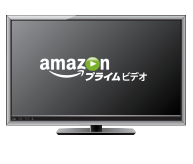 Amazon boss Jeff Bezos has said that the Seattle-headquartered business is “not too big to fail”.

The CEO, who was speaking at a staff meeting last week, was responding to an employee question around what Bezos had learned from the bankruptcy of major North American retailers such as the 125-year-old department store Sears, which filed for bankruptcy in October.

“Amazon is not too big to fail,” he said of his 24-year-old business. “In fact, I predict one day Amazon will fail. Amazon will go bankrupt. If you look at large companies, their lifespans tend to be 30-plus years, not 100-plus years.”

The meeting came ahead of Amazon’s move to new offices in Long Island City in Queens, New York, and Crystal City, Virginia, a short drive from Washington DC. Each location will create 25,000 jobs.

Bezos said that the business needed to “obsess over customers” in order to avoiding going under.

“If we start to focus on ourselves, instead of focusing on our customers, that will be the beginning of the end,” he said. “We have to try and delay that day for as long as possible.”

Amazon recently swatted away speculation that it is to launch an ad-supported version of its Amazon Prime service, but declined to comment on speculation that an IMDb-branded AVOD service is in the works.

Amazon Prime Video recently launched the Julia Roberts-fronted drama Homecoming. Told in an unorthodox 30-minute thriller format with changing aspect ratios, the drama has been critically acclaimed, and marks one of the first breakthrough scripted programs for the platform, which has more than 100m members globally.

News of the Amazon meeting was first reported by CNBC.