Netflix is reportedly testing a cut-price mobile-only subscription offering in Malaysia in an apparent bid to open up the service to more users in this market. 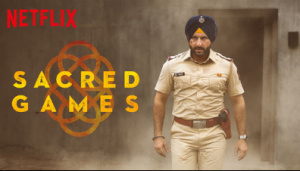 According to a Reuters report, Netflix’s mobile plan is priced at MYR 17 (€3.59) per month, compared to MYR 33 for its basic plan in the country.

“We are testing to understand consumer interest in a mobile-only plan in some countries,” said the company in a statement to Reuters. “Generally, we try out lots of new ideas at any given time, and they can vary in how long they last and who sees them. We may not ever roll out the features or elements included in a test.”

The news follows much speculation about Netflix’s plans to offer cut-price offerings in Asian and other global markets in order to reach more subscribers.

“We’ll experiment with other pricing models – not only for India, but around the world – that allow us to broaden access by providing a pricing tier that sits below our current lowest tier,” he said.

However, at an event in Singapore last week, Netflix CEO Reed Hastings told Reuters that plans for cheaper pricing in India had been “misunderstood” and that the company did not have plans to reduce its pricing in this market.

Asked specifically by The Economic Times if the company would look to lower prices in order to reach mass-market appeal in India, Hastings said: “You may be right for our second hundred million [subscribers], but for our first hundred million I think we’re pretty good pricing. That’s what we’re focused on right now.”

In India, Hastings said that Netflix is initially focusing on people who watch entertainment in English – a segment that he conceded “a fraction of the Indian market”. However, in time he said the SVOD service aims to expand into more Hindi-based content and then Tamil and Guajarati as it targets other regions.