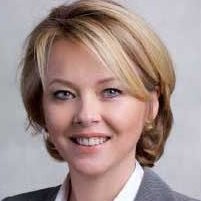 Couto will have overall responsibility for sales, marketing, partners, and delivery in the region and takes up her new role effective immediately.

Couto said: “With the industry’s broadest portfolio of offerings, solutions and expertise, Synamedia is the ideal partner to help operators in Asia Pacific both innovate and capitalise on new opportunities in today’s dynamic media landscape.”

Synamedia was unveiled as the name for the ex-Cisco video business in September and the company set out its vision and investment focus as a newly independent company at IBC later the same month.