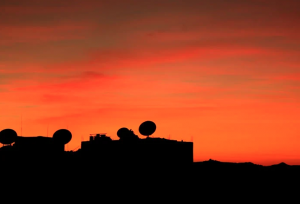 According to the study, Eutelsat’s 16° East satellite is the leading free position in Cameroon and Côte d’Ivoire with a combined reach of 1.2 million households in those two countries.

Eutelsat claimed the highest combined reach across the Nigerian market between its three positions, 36° East, 7° East and 16° East. Over five million households in Nigeria, or one out of two DTH households, point towards a Eutelsat position.

The 36° East slot is Nigeria’s leading pay TV position, reaching 1.3 million households, with DStv on board.

The Nielsen survey also found that 38% of Nigerian homes were HD-compatible, meaning they had HD TVs or set-top boxes. Some 18% of Cameroon homes and 22% of Côte d’Ivoire homes were also identified as HD-compatible.