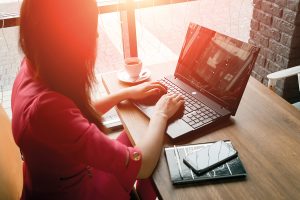 Ensuring that in-home WiFi networks are optimally configured will be key to delivering meaningful 1Gpbs services, but providing 1Gbps will likely remain essentially a marketing tool rather than something consumers actually need for the foreseeable future, according to a panel of technologists at a cable technology event in London this morning.

Speaking at the Cable Next Gen Europe event organised by Light Reading, Uffe Callesen, lead architect at Danish cableco Stofa, said that about half of his company’s footprint was now 1Gbps capable.

He said that the biggest challenge Stofa faced was to deliver acceptable high quality WiFi. He said whole home distribution was exclusively WiFi based. Delivering 1Gbps in-home in housing blocks was more challenging than delivering in single dwelling units, he added.

Callesen said that next-gen WiFi technologies would be immensely useful but the problem is that there is a large population of legacy devices, meaning that these new technologies are not a short-term fix.

Frode Elverum, head of broadband at Norwegian cable operator Get, speaking on the same panel, said that 1Gbps was now available downstream across his company’s network. He said that Get was piloting about 500 end customers in housing associations with 1Gbps downstream services. The company is currently expanding its frequency spectrum to deliver higher upstream speeds than the current 50Mbps. However, Elverum and others on the panel said that there was currently little demand for high-speed upstream capacity.

He said that Get would bundle 1Gbps services with its TV and phone offerings next year, which he said should stimulate uptake. However, he agreed with the proposition that 1Gbps services are currently more of a marketing tool than something people actually use.

Elverum said that delivering WiFi could be a point of differentiating operators’ services, but the key was really just to deliver a good service through understanding what happens inside the home.

“Being able to talk to each customer, preferably digitally, maybe via an app…is really important,” he said.
Eleverum said that Get provided WiFi as part of its service, while larger homes with complex requirements are offered the opportunity to lease products at a premium.

Eddy Mötter, CTO for access network, solution sales department, Huawei Technologies, said that operators should do “pre-marketing” checks to see it 1Gbps can actually be delivered at the level of the home.

Ian Challinor, EV,P and general manager of EMEA and APAC, AirTies, also speaking on the panel, said that consumers did not really understand the reality of limitations within the home in delivering uniform 1Gbps services throughout the home. He said it was “ultimately down to the operator” do deliver to the customer the experience he believes he has purchased. Consumers simply want to experience a great service, without thinking too much about why there should be limitations on it, he said.

Challinor said that a multi-access point strategy is key to delivering optimal WiFi. There is a need for a Mesh network and an ability to provide services to legacy devices “and treat them in a way that optimises the experience for the end user as much as possible”, he said.

Michael Clegg, VP global sales, Plume, said that “no current user application” requires 1Gbps, but that giving uniform coverage in the home was the key challenge. He said that operators need the tools “to understand what is going on inside the home…as on his own network”. He added that users had to be provided with tools as well, to enable them to self-serve as much as possible.

Clegg said that people are “willing to pay to fix their WiFi problems” but operators had to re-position connectivity as a service to get people to pay more.