Murdoch: Fox could look to buy back sports networks

‘New Fox’ the part of 21st Century Fox that will remain following Disney’s acquisition of the bulk of Fox’s entertainment assets, could buy back the US regional sports networks that Disney must sell to secure regulatory approval for the deal, according to Fox executive chairman Lachlan Murdoch. 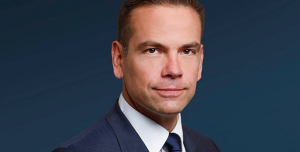 Speaking at the New York Times Dealbook conference in the US, Murdoch said that Fox would be “inquisitive” about possibly buying back the assets.

The US Department of Justice ruled that Disney must sell 22 regional Fox networks as a condition for approval of the deal as it owns cable sports broadcaster and streamer ESPN.

Murdoch said that “the journey” to sell part of Fox to Disney took some time. He said that Fox had initially been approached by Verizon to acquire the assets. However, he said, the company “did not understand the strategic fit with Verizon and did not necessarily see our assets being stronger” if it sold to the telco.

Disney’s approach, on the other hand, “immediately made a great deal of strategic sense” and the Murdochs realised that a sale to Disney would “create a great a lot more value for shareholders than they would for us”.

While Fox believed in its assets, it could not deliver the same value for them that Disney would, he said, and would not be able to build a streaming offer that would have the necessary scale to compete with the likes of Netflix.

Comcast’s rival offer carried “a higher regulatory risk”, he said. He maintained that Fox would nevertheless “absolutely have sold to Comcast” if its bid had been higher.

Murdoch also said he believed that Sky would “do very well” under Comcast’s stewardship.