Cable technology provider Arris has used the recent US SCTE Cable-Tec Expo to highlight two technologies that it believes could significantly enhance the capability of HFC cable operators to compete with fibre providers over the coming years. 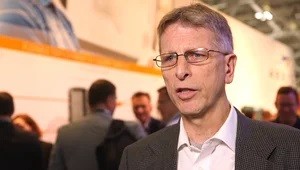 While Full Duplex DOCSIS, a version of the DOCSIS cable standard that provides symmetrical bandwidth over HFC infrastructure, has attracted attention over the past year, Arris is pushing technologies it believes could be rolled out independently or together with Full Duplex DOCSIS, which requires that operators upgrade their networks to eliminate amplifiers between the node and the home – the so-called N+0 architecture.

“There is a need for Full Duplex DOCSIS to operate in plan other than N+0,” said Cloonan. “Some operators can pull their fibre deep enough for that but others will require N+3 or N+6 into the 2020s.”

Cloonan said that Arris was working on ways to deliver Full Duplex DOCSIS over architectures other than N+0 by enabling amplifiers to do echo cancellation in both directions. “This is technically feasible but the question is how well it would operate,” he said.

Another technology being considered that will allow operators to compete more effectively with fibre players is Extended Spectrum DOCSIS, first proposed by Arris at the 2015 CableLabs summer conference.

The technique involves using Full Duplex DOCSIS chipsets to raise the spectrum ceiling occupied by upstream traffic to 492MHz or 684MHz while keeping upstream and downstream in separate blocks of spectrum. Downstream spectrum would be pushed above this level and the downstream would operate up to 1.8GHz in theory.

“All this is at the research stage right now. Neither [bi-directional echo cancellation nor Extended Spectrum DOCSIS] are done, but both are showing promise,” said Cloonan.

“Full Duplex DOCSIS is focused on augmenting the upstream without helping the downstream. Extended Spectrum DOCSIS is aimed at helping both,” he said.

Cloonan said a limited amount of standards work may be necessary to bring these technologies to a stage where products can be developed. He said the industry would likely look at how to combine the various options to deliver an optimal outcome.